Hirshberg: Online play has "decreased the demand for new IP" 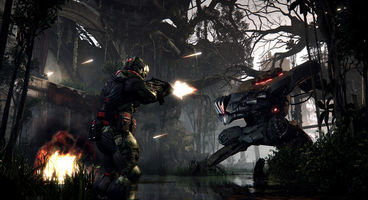 Activision's Eric Hirshberg believes we won't be seeing a return to the 'new IP floods' of old from big publishers because gamer attitudes have changed.

Games have "gotten deeper" and there's been a "shift to online connected play" which has dramatically lengthened title lifespans. Innovation 'not harmed'.

"The one thing you didn't mention in terms of influence on that was gamers! Meaning, gamers seem to want to spend more time on, and go deeper into, fewer games," said Eric Hirshberg, referring to what influenced publishers to stem the tide of new IP.

"They're gaming more - all of the metrics in terms of number of uniques, number of hours spent, all those are up. Hardware install base is up." The economic situation isn't purely the motivation behind sticking with existing franchises more.

"If you look at all the graphs, it's hard to argue that economic turbulence is the driver, because people are still buying new Xboxes and PS3s at a record clip. We get 20 million unique Call of Duty players every month. The shift is that the games have gotten deeper, and as we've seen this shift to online connected play, the tail on games is a lot longer than it used to be."

"I think that, as much as anything else, has decreased the demand for new IP. Just a few years back, when there wasn't that long tail of connected play, you'd buy a game, roll through the campaign, roll through the various play modes," he explained.

"Maybe you'd do it again, but then you'd be done with it. There'd be very few games, maybe the sports games would be the exception, like the Maddens and the FIFAs, where you'd just continue to play them all year round."

"But now you're seeing that more and more with these DLC strategies and a lot more connected play. This is something we're learning from gamers."

Activision is currently investing in a new direction for Spyro with Skylanders which is a 'marriage' of physical and digital products aimed at a younger audience, which they hope becomes "one of the tentpoles" for the publisher like Call of Duty.

"We've got Prototype 2 coming out. People forget that Prototype was the biggest selling new IP the year it came out. Launching an IP is the hardest thing to do in this business. I think nine out of ten of the best selling games last year were based on existing franchises."

Prototype launched around the same time as Sony's inFamous - both new IPs at the time and both were based on super-powered characters.

"We feel we can grow Prototype. That's obviously much more of a core audience - it's a grotesque, ultra-violent, beautiful game - that obviously doesn't appeal to everybody. It really appeals to the people who play it, so we think we can grow that," he said.

Check out the full interview Eric Hirshberg between and GamesIndustry.biz.