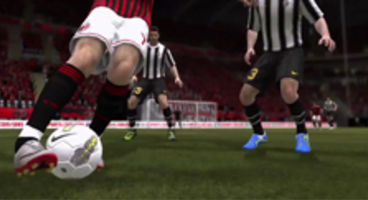 While the world endures wallet gouging for this week's release of FIFA 12, EA Sports' David Rutter is already talking up FIFA 13's use of PlayStation Move.

They're focus is introducing motion "in a good way," and not just as some tacky "gimmick" to lure sales. SVP Andrew Wilson says focus is "twitch-based gameplay."

"It's about trying to make it part of the game in a good way, rather than have it as a clichéd marketing gimmick," said FIFA executive producer David Rutter, in an interview with UK Official PlayStation Magazine.

EA Sports senior VP Andrew Wilson backed his words: "The core focus for us is still on 11-versus-11, twitch-based gameplay. That's where we're investing heavily." It's been made clear before EA wouldn't include motion support unless 'figured out' by the team.