Full destruction "not something that should be unique" to DICE

30 October 2011 | By Simon Priest
Battlefield 3 executive producer Patrick Bach believes everyone should strive for full destructible environments, as it "changes the tactics as you play".

That's "a given" for the Swedish studio as a feature, "everyone should do that." Everyone's more "used to games being static" that it doesn't cross their minds. 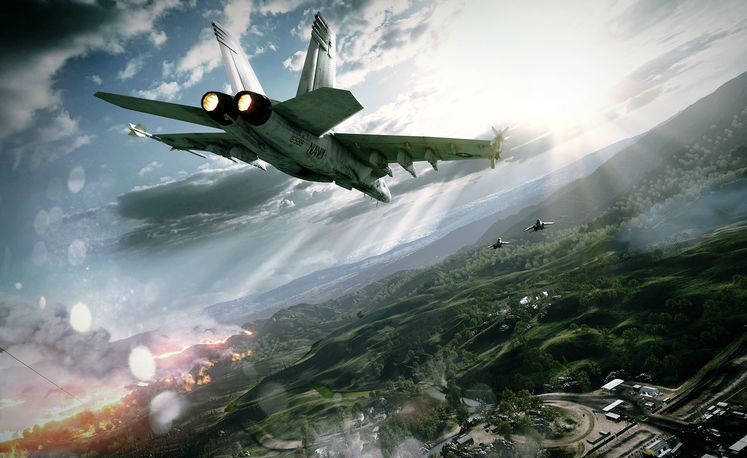 "As a complete product, this is the behemoth Battlefield game," declared Patrick Bach. The highly anticipated shooter releases this week on consoles and PC.

"In general, Battlefield has its own treats that no other shooter has. So if you want a great first person shooter with a state-of-the-art run-and-gun experience, together with vehicles, together with team play, together with big open landscapes with jets and tanks and everything, and also the very narrow and intimate indoor environments and narrow streets... there's a lot of stuff going on when you play a Battlefield game!"

"I don't think any game can compete with us when it comes to the sheer variety of things," boasted Bach, not only on what you can use, "but also the things that can happen."

"And of course we have the layer of dynamic destructibility in the world that you play in, that we still haven't seen in any other game - even though you'd imagine that someone would at least try to challenge us."

Why don't others embrace destruction? "Well, you could argue that it's because it's so crap that no-one wants it, because there's no other reason why you wouldn't try to do it."

"To us, it's great fun, it looks great, it adds to the experience, but most of all it changes the tactics as you play the game. To me, that's a given - everyone should do that. It's not something that should be unique to us, it should be a part of most games. Everyone is so used to games being static that they maybe haven't even thought about it."