Microsoft: "Educational, academic and commercial" apps will evolve with Kinect 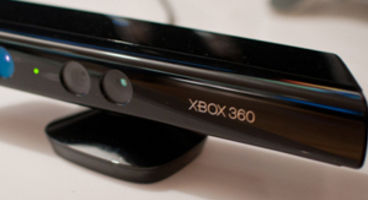 Microsoft's Alex Kipman, team leader for Kinect, boasts that in 12 months time applications in the business sector will "look nothing like what they are today," thanks to Kinect.

Spanish technology Tedesys has linked a PC with Kinect to allow surgeons to browse patients’ records, while car manufacturer Toyota has created a virtual showroom suite.

"I can guarantee you that 12 months from now, educational, academic and commercial applications will look nothing like what they are today," said Alex Kipman, Kinect team leader at Microsoft. Kinect has already been entered into the world record books for becoming the fastest-selling electronics device ever in history.

Thanks to mass production Kinect is but a mere $150, whereas the technology and getting it functional was between the $30,000 to $40,000 price range two years, says Xbox chief financial officer Dennis Durkin. The motion camera for Xbox 360 has sold over 10 million units but Microsoft is yet to offer an updated figure.

Kinect launched in the US November 4th and in Europe on the 10th, last year.