01 April 2012 | By Jonah A. Falcon
Fan site Diablo Fans usually goes for the big score when it comes to April Fool's Day pranks, and this year's is a good one, if a bit obvious.

While Blizzard has skirted around the topic of a console version of Diablo III, the fansite has taken the time to parody the situation and announce the action-RPG for the one console no one has counted on: the Nintendo Wii. 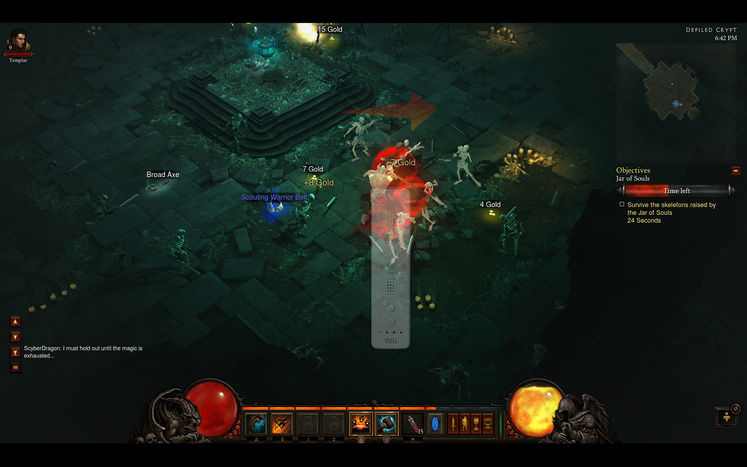 Scyberdragon's press release on the subject is chock full of funny statements, such as, "As a part of the deal, Nintendo has always tried to maintain an image that playing games can still be healthy for you. Wii players will be able to unlock special achievements based on the amount of movement and calories burned which will be tracked on the character's information page."

Naturally, the Wii Remote will be used to, say, help the Barbarian twirl around when using the Whirlwind attack.

Scyberdragon finished the presser by admitting, "I will admit after working up a good sweat from playing, I was quite impressed with the game. The continuous killing of demons was only made more fun as I literally was hacking my way through them. Personally, I loved the melee classes the best with these controls, slamming the controllers around me. Be careful, however, I may have accidentally given a member of the Blizzard team a black eye while performing a Cleave (sorry Bash). Say what you will about this port but until you get your hands on it, you won't understand the fun the Wii brings to the game."

Diablo III will really be released on the PC on the 15th May. No Wii Remote required.