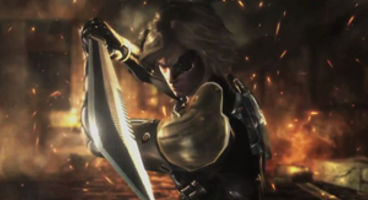 Konami has confirmed that Metal Gear Rising: Revengeance will be coming to Xbox 360 and PS3 in early 2013. In a pre-E3 teaser, Konami show off some new gameplay footage.

This new Metal Gear, which stars Raiden as its lead, was collaboration between Kojima and Platinum Games, developer of Bayonetta, Vanquish and Anarchy Reigns.

This isn't your typical Metal Gear instalment as this time it’s more about the action and over the top battles with hulking cybernetic drones. Gone are the days of finding a good box to hid under. A demo will be out later this year.