There are "over 300" working on Call of Duty: Black Ops 2, says Treyarch 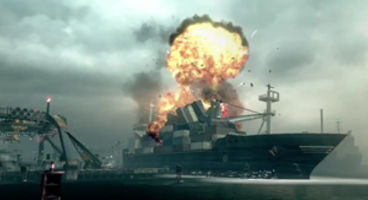 Treyarch studio boss Mark Lamia says there are over "250 people" at the developer working on Call of Duty: Black Ops 2, but there's "over 300 people working on the project" in its entirety.

That tallies up contractors and test teams who "aren't actually employees" of Treyarch. These numbers are needed for their "pretty big and ambitious" single player and multiplayer.

The Call of Duty teams are open to one another to share assets, either for the franchise or just some technology.

Zombies are a big draw for COD and so a good portion of that 300 on Black Ops 2 are undead focused; "they really are creating another game with the Zombies there", he said, joining their already "pretty big and ambitious" single player.

Sharing resources becomes a necessity for such large teams. "We actually do open up anything from our side that they can have access to, but they have their own team with their own creative work,” continued Lamia.

"Whether it’s inside of the Call of Duty franchise or, frankly, some other area of essential technology or whatever other area – if there are things that teams can access or leverage, then they do."

“For example, the facial rig and the performance capture was something that we worked with Activision’s central technology team on quite a bit. There’s a lot of learnings there that can be applied to other teams.”

Despite the different directions that Treyarch and Infinity Ward pull the Call of Duty name, the two studios share certain core values for the franchise. "I think the desire to make sure, particularly, that the multiplayer game runs at 60 frames per second and is fast-paced and precise,” he said.

"The cinematic nature of the game, I think, is sort of signature for the series. For every game that we’ve made, or Infinity Ward or some of the other developers have made, that’s an important aspect of it.”