Ultima Forever: Quest for the Avatar

Ultima Forever: Quest for the Avatar is "a story of a journey with choice" 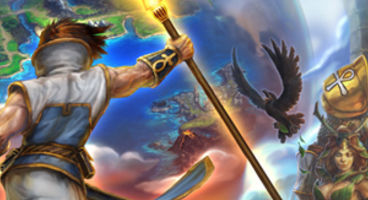 The Ultima reboot in the works is more than "just a dungeon crawl game with friends," because it's team BioWare behind the project and they know a thing or two about RPG worlds.

The Mass Effect and Dragon Age creator will be focusing on story and choice in Ultima Forever: Quest for the Avatar, which has a "more visceral feel" than its turn-based predecessors.

BioWare describe it as an action-RPG although executive producer Jeff Skalski is keen to point out it's "much more" than just a hack'n'slash dungeon spelunker. It's an online RPG "at its roots".

Ultima Forever: Quest for the Avatar was announced not too long ago as a free-to-play online RPG where we're tasked by Lady British to save Britannia. "We wanted to be respectful to Richard and his rights, so by forwarding the timeline we needed a new character to take the throne and we figured why not a Lady?" said Skalski.

He was referring to Utlima creator Richard 'Lord British' Garriott. "So Lady British was born and now has come of age to lead Britannia out of its darkest hours." We get to play as a Fighter or a Mage; however a third option is teased: Druid. However the studio is keeping details about that class rather secret for now.

"...unfortunately at this time we like to hold back on the details behind her for a little longer. I will however say there will be five additional classes beyond these three that we plan to launch every few months following launch."

The Ultima Forever game requires a dedicated client to run so it's not browser-based and it is using micro transactions to support the project long term. "We have a lot of different offers on our shop for different types of people and play styles. Just looking for a few extra potions? Or perhaps a new sword? Or a fluffy wizard hat? Desire that ability sooner? We got you covered," added the executive producer.

"You can even purchase additional keys to unlock additional loot while adventuring in the game. The choice is yours."

What kind of Ultima is BioWare working on? The BioWare kind, silly.

"We have some of the best writers in the industry and even though we are scattered across several locations as an organization we do our best to share best practices among each other," continued Skalski. "Ultima Forever is more than just a dungeon crawl game with friends. At its core is a story of a journey with choice. The eight virtues are threaded throughout the game and your actions will dictate how you progress those virtues."

As for its style of play: "It’s funny, say action-RPG and it connotes hack’n slash(action) with stat building characters(RPG). Ultima Forever is so much more than that. We have moved away from the turn based combat system in the original and went for a more visceral feel, but at its roots it’s an online RPG adventure game that you can play with others regardless of their device of choice. U4E has one shard to rule them all. Explore, chat, discover and uphold the virtues."

Check out the full interview between Jeff Skalski and Games.on.net. Beta sign-ups are open.

Ultima game: Ultima Forever: Quest for the Avatar releases on PC and iPad in the 2nd half of 2012. 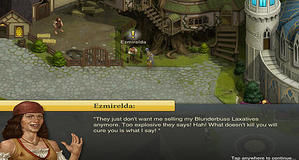