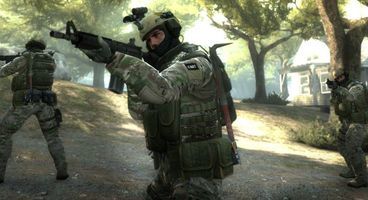 Vertigo returns from the original CS, and the other map is called Monastery. A full list of updates can be found here.

Classic Competitive now works on a queue-based system rather than letting players join during a game's progress. If you quit a CC match you will now be penalised and locked out of the mode for half an hour.

More information can be found on the title's blog.