Reckoning has over 200 hours worth of content, dev wonders if they overdid it 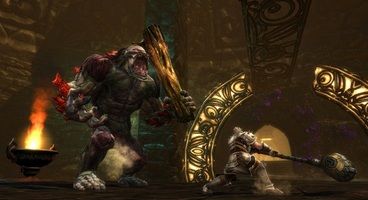 Kingdoms of Amalur: Reckoning has well over 200 hours of content, the developer has revealed.

Speaking to Strategy Informer at a recent EA Showcase Ian Frazier, the game's Lead Designer, mentioned how a recent content completion playthrough clocked in a high amount of hours:

"We recently had a content completion play through about two months ago… so, QA guys, they’ve been playing the game for years, they know all there is to know about it, it’s ins and outs, etc… their goal is to play everything. Do every quest, every dungeon, everything possible, but as fast as possible."

"That means easy difficulty, skip all cut scenes and dialogue, sprint everywhere that’s sprintable, fast travel everywhere you can, don’t do any combat you don’t need to do… that all took around 200 hours, and that was a speed run."

For a regular player not trying to blitz the game, Frazier mused that it could take significantly longer. However, he also mentioned that the main campaign quest was "around 30 to 40 hours" long.

In response to whether Frazier thought there was such a thing as 'too much' content, he said he didn't know.

"I think in terms of a selling point – bang for your buck – I think it’s great. It should be on the back of the box. But as a developer I have to look at it and think “did we overdo this?” I really don’t know."

Kingdoms of Amalur: Reckoning is due out on PC, Xbox 360 and Playstation 3 on February 7th in North America, and February 10th in Europe. You can read the rest of the interview here. 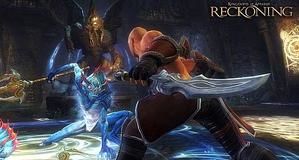