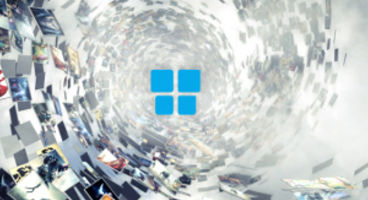 Industry commentator and Gamesbrief owner Nicholas Lovell reckons the purchase of Gaikai for $380m by Sony is "a big bet" and there's a real chance it will be killed off eventually.

Not intentionally, Lovell reckons, but through attempts to "corporatise" Gaikai through Sony channels. If that happens it won't matter too much, as it means one less competitor anyway.

In 5 years we could be seeing "'what did Sony do?'" stories over Gaikai, exploring how it all went wrong. Still it's "certainly a move for PlayStation 4," believes Lovell.

"Sony buys it, because cloud gaming is an existential threat to a core part of their business. They then try and integrate it, but they integrate it Sony style - they integrate it and all of a sudden they have to work with the Sony Online Networks, and it has to be integrated into Bravia, and it will only work on certain televisions and not others, and it will have to carry PlayStation branding and you won't be able to use it if you're not building a PlayStation game."

"Sony will do some interesting things, but in the end there is a realistic chance that the attempts to 'corporatise' Gaikai and switch it in to the infrastructure of Sony - both technical and business - will take a lot of what its success has been."

"I don't think Kaz Hirai is sitting there and thinking, 'This thing is dangerous, let's buy it and kill it,'" Lovell added.

"It's the institution that kills it."

"They brought it in, they tried to do something with it, it didn't fit with their corporate structure. Meanwhile, they bought themselves an enormous amount of time when the cloud gaming threat to their existing business model has now been pushed back a couple of years. That might be worth more money."

Right now Sony has the PS3 to test case features that Gaikai could provide with the next generation of the platform. "Streaming demos are an absolute first - that's a baby step," said Mastertronic boss and UKIE chairman Andy Payne.

"What we'll see is demos followed by single-player streaming experiences. Very quickly, they'll then move into - I would hope - full online multiplayer streamed experiences," he continued. "I would think that's going to be a matter of two years away."

"It's certainly a move for PlayStation 4," Lovell stated. "That absolutely makes sense."

"If I were them, I would try to find ways to experiment with it on PlayStation 3, so you make your mess-ups," he noted. "I would be working to get Gaikai-style stuff, preferably paid for, certainly free demo stuff up on to the PlayStation 3 so that you learn about all of the big mistakes."

"If the PlayStation 4 comes out and you can't make the cloud work on it, the pundits will be queuing up to say 'this is a disaster'. You should make your mistakes relatively cheaply."