03 December 2012 | By Nick Akerman
Project Eternity raised a total of $4,163,208 during its Kickstarter campaign. Obisidian Entertainment believed they would never be able to produce an adventure game that didn't specialise on mobile devices. Then Kickstarter rose to popularity, a trend made famous by the success of Double Fine's pitch. 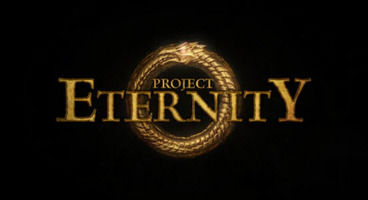 "I'd pretty much lost hope that we'd ever see another adventure game that wasn't on the DS or the iPhone. And then suddenly Kickstarter happened, and I realized that 'holy shit, we're going to get another adventure game because of all this.' Then Brian Fargo moved really quickly, and suddenly it was pretty clear that people also wanted an old-school RPG."

Avellone says he doesn't feel pressure to produce an amazing game now people have paid for it.

"Actually, it doesn't matter if it's a flop, although I don't believe that it will be. But the nice thing about Kickstarter is that people have already paid for the title. So anything else that happens after that is great, but we know what our budget is, and practically speaking, that's all we're really focused on: 'We're going to make a game for this amount of money.'

We already have the backer support. They've already paid for it. That's our end destination. If it ends up getting released and selling a lot of copies, great. If it sells enough where we can support future installments, we'll absolutely do that. If it doesn't make much of a profit, and we did want to do another installment, we'd probably take it back to Kickstarter."