04 June 2012 | By Nick Akerman
We've already seen the formation of Vostok Games after the break-up of S.T.A.L.K.E.R. developer GSC, but it looks like another company is emerging from the stricken studio's ashes. 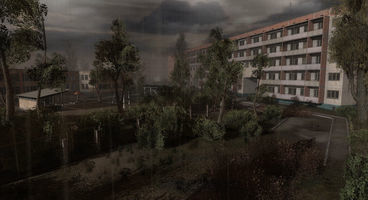 Reports suggest that a significant part of the team has set up base in Kiev, and have created new developer Union Studio.

Luckily, some handy information backs these claims up. Union Studio's LinkedIn page describes a "new company, created together with the best professionals that worked for GSC GAME WORLD and other AAA class studios." The page announces the team are working on a "cross-platform action shooter which will be available for PC, Mac, PlayStation, XBOX."

Former GSC team leader and software developer Eugene Kim has listed himself as the new CEO & Founder at Union Studio in the Ukraine. A website is also under construction.

Perhaps the team is to work on something similar to Vostok Games' free-to-play Survarium, but at this moment in time, any other details are scarce.