Molyneux: "Is Call of Duty really it? Then just shift me off to the mental asylum now" 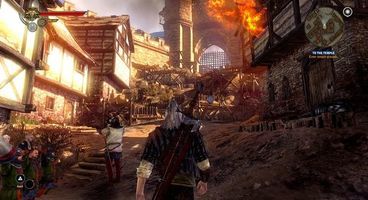 Lionhead's Peter Molyneux has been speaking about the Kinect device for the Xbox 360, which many claim needs a core game behind it, but Molyneux suggests that it's the core that needs Kinect more than anyone else.

During an interview with Eurogamer at GDC 2012, Molyneux said that core gamers need new experiences more than anyone else, and if the industry isn't careful it's going to bore core gamers to death.

"Those are the people that need new experiences more than anyone else. I get crazy passionate about this - if we're not careful, we're going to bore our core gamers to death. How much bigger can our explosions get to entertain them?"

"They're our fans, and this is their hobby, man! We can't be lazy! We can't back away from creative inventiveness now, just because it costs a bit more money. Now's the time to double down on that.

"Is Call of Duty really it? Is that all this industry really is? If it is, then you should just shift me off to the mental asylum now."

Lionhead are currently working on XBLA exclusive Fable Heroes, along with Fable: The Journey, which will feature Kinect support. Are you bored of Call of Duty like Molyneux claims you could be?