Silicon Knights: Eternal Darkness sequel "not too much to ask" 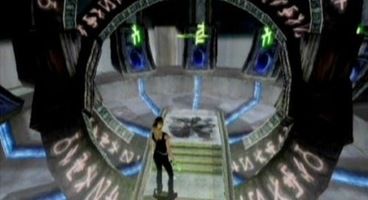 Silicon Knights' Denis Dyack is not ruling out a sequel to the classic GameCube horror title Eternal Darkness: Sanity's Requiem, which was released in 2002.

In an interview with Games Industry BIZ, Dyack replied when asked about bringing the IP back, "I don't think it is too much to ask. Certainly we love Eternal Darkness. It's a project that's near and dear to our hearts."

He also revealed that he's received a lot of requests from fans to bring it back. However, he also added that he was unable to discuss any projects the developer was currently working on. When asked if Eternal Darkness could be the new project, he coyly replied, "Anything's possible."

Eternal Darkness is best known for its constant messing with the player's mind with the Sanity Effects, such as pretending that the television muted itself (complete with Mute graphic), pretending the console suffered a Blue Screen of Death, bugs crawling over the television screen, statues heads will turn to follow the character, or the game will pretend to end with a cliffhanger, saying "To Be Continued", among other things.

Eternal Darkness: Sanity's Requiem was released on the 23rd June, 2002, and earned a 92 Metacritic score.