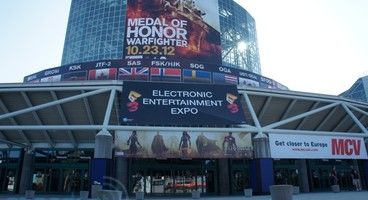 Did you feel that this year's E3 was a little dull? According to EA labels president Frank Gibeau, it's because of next year's expected hardware reveals, such as the next Microsoft console or the PlayStation 4.

"It's fairly natural, like with the PS2 to PS3 transition, and PSOne to PS2, that year before the big change. And the Wii U is really just the first opening act of the next-gen cycle shift." said Gibeau in an interview with CVG. "You're only really getting half a show this year. You're getting Wii U but you're not getting the other half of the story so it's a bit awkward."

Although next-gen systems are on the way, Gibeau was keen to point out that the PlayStation 3 and Xbox 360 "aren't going away" and there's a couple of years left in them because "tens of millions of customers are still playing these things," he said.

Gibeau then went on to pretty much confirm that EA has next-gen titles in development, although it wasn't ready to show them because it didn't want to present them as a pre-rendered movie.

"It's better to show something of substance. Gamers are smart and they’ll figure out if what you’re showing is a pre-rendered movie, they’ll be able to diagnose and pick it apart,"

"That's one of the things we did last year with the Battlefield 3 trailer – we very consciously put out a 14 minute sequence of gameplay."

You could argue that we saw glimpses of next-gen software with the likes of Watch Dog and Star Wars 1313, but we'll have to wait until E3 2013 to really see the full potential of next-gen systems.