07 July 2012 | By Jonah A. Falcon
Gearbox has revealed that gamers who own the original Borderlands will get bonus customization elements for Borderlands 2, including new character heads and skins. This was revealed in a special poster shown off by the developer.

Borderlands 2 is due to be released on PC, Xbox 360 and PlayStation 3 on the 18th September. 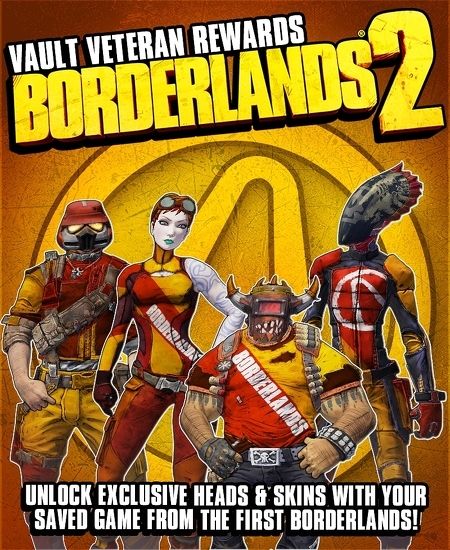