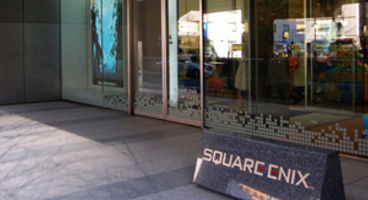 The first three months of this fiscal year for Square Enix aren't the hottest as they suffer a net loss of ¥2bn, with net sales up just 1.6% year-on-year to ¥24.9bn. Last year Q1 profited ¥690m.

A weak release schedule was the root of the fiscal trouble. Square reports Dragon Quest Monsters: Terry's Wonderland 3D as being one of the top earners. The rest of this fiscal is loaded.

Next week Square will be releasing United Front's Sleeping Dogs which is highly anticipated after Activision dropped the Hong Kong-based action sandbox game.

October brings Hitman: Absolution and early 2013 hosts Eidos' new Tomb Raider. "The company is actively making investments in a sizable pipeline of content under development,” said Square Enix in a press release. There are a considerable number of unannounced titles at the publisher with Final Fantasy XIII expected to be revealed soon.

"We are making every effort to achieve a substantial earnings improvement in the fiscal year ending March 31, 2013 and beyond through a range of initiatives to respond to the changes in the business environment,” they continued.