Tomasz Gop working on 'Lords of the Fallen' at City Interactive 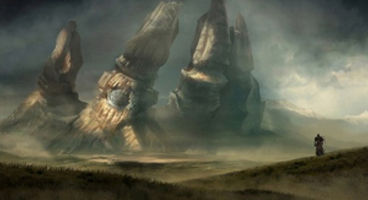 It's set during medieval times in a world ruled by a Fallen God and spotlights "conflict between humans and demons" from varying perspectives. Gop claims "skill and persistence" will be rewarded.

One of the action RPG's "strongest features" are battling the Fallen God's generals. Later this year RPG fans will get more juicy info from Gop and his City Interactive team.

"...the action-RPG is set in a medieval fantasy world around a millennia after the demise of a god whose corpse has split the world in two," reports Enizr.com. "You start off by attempting to traverse the split and have to choose which side will be your ally, while the plot allows for multiple routes to the conflict between humans and demons - the latter are ruled by a Fallen God and his Lords and Generals".

Previously the game was known simply as 'Project RPG' with its inspirations said to be Dark Souls, Batman: Arkham City and Kingdoms of Amalur. It will feature a New Game+ option and is releasing on Xbox 360, PS3 and PC in 2013.