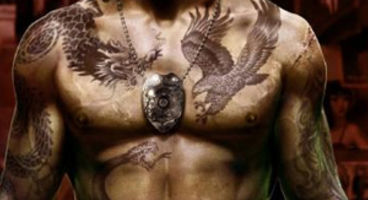 It seems Square's Sleeping Dogs isn't referring to Kane & Lynch 3 after all but the True Crime reboot, and it's due out this August. The game was shown at Destination PlayStation.

US retailer Future Shop twittered some art of the Sleeping Dogs game, showing a bare-chested guy with tattoos and a cop's badge hanging round his neck.

Square only bought the rights to the project and not the True Crime IP so the name had to change. Since the change of management nothing has been seen or heard of the open world action title. It's for Xbox 360, PS3 and PC.