08 August 2012 | By Nick Akerman
The Achievement list for Resident Evil 6 has been revealed.

Plenty of 15G and 30G stamps are up for grabs, with six Secret Achievements rounding off a selection that heavily rewards single-player efficiency.

If you don't want to see spoilers, do not read the list, as locations and weapons are outed. 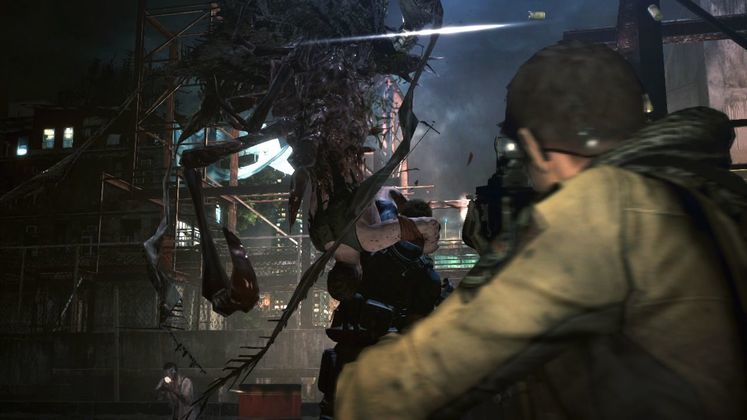 The Trouble with Women (15G)

Green around the Ears (15G)

Complete the entire game on Amateur.

Complete the entire game on Normal.

Complete the entire game on Veteran.

Complete the entire game on Professional.

Max out all the skills that allow you to level up.

Use a stealth attack to take down five enemies.

Finish What You Start (15G)

Defeat an enemy while dying, then recover without any help.

Use all the weapons in the game and kill ten enemies with each of them.

Defeat 20 enemies with the Hydra using a quick shot.

Take down an enemy from 50 meters away with a headshot using the thermal scope.

Defeat 100 enemies that have come out of a chrysalid.

Pilot the VTOL without getting a scratch on it.

Shoot the helicopter pilot with a Magnum at point-blank range.

Collect all the serpent emblems.

6 x Secret Achievements all worth 15G.