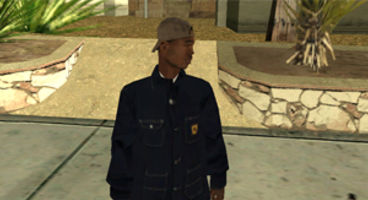 The voice behind Mark 'B-Dup' Wayne from Grand Theft Auto: San Andreas was US rapper 'The Game', and he has revealed he "did a little bit of work" with Rockstar on GTA V.

This presumably resurrects his character from San Andreas given that GTA V is located in the fictional L.A. of Los Santos. The US artist revealed the news via Wired 96.5.

Rockstar is notoriously tight-lipped about everything when it comes to their projects. Fortunately for fans though today at 5.00pm GMT Game Informer's piece of GTA V hits the net.

Buckets of information is expected to come from the magazine's cover piece, ending a very dry spell of game details for the latest GTA in the works which is spring 2013 bound. There is no official word on a PC version of GTA V but hopefully Game Informer might have something to say.

The character Mark 'B-Dup' Wayne was never killed in GTA: San Andreas, which could mean Rockstar will have them reference events that occurred in the time of player character Carl 'CJ' Johnson.