The Grand Theft Auto: The Trilogy - The Definitive Edition system requirements will let you enjoy the remastered versions of all three games even if you have an older PC.

Probably due to the recent re-release on Xbox 360, GTA: San Andreas has been updated on Steam. That should be good news. The only small problem is that it's removing a bunch of features and creating a whole load of new issues.

PCGamesN report that old saves have been overwritten and no longer work, 1080p and HD resolutions have been removed, and 17 songs have been stripped from the game's soundtrack. 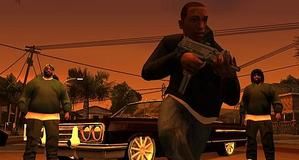