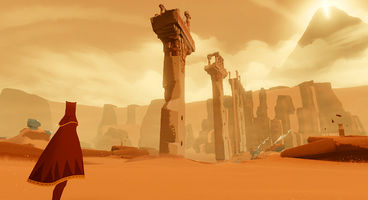 Developer ThatGameCompany has revealed that their expressionistic action-adventure game, Journey, is finally finished.

Creative leader Jenova Chen tweeted, "3 years is a long time when you finally finished something and look back, "What have I done in the past 3 years?" Hope it's worth it."

When asked when the game would be released, Chen noted that Sony would be deciding when to release the game, stating, "Sony's working on it. Quite a few big releases are coming up," then adding, "Once Sony figure out the right time, they will announce it. I assume pretty soon."

Journey is a stylistic adventure game with some adventure moments, with a heavy emphasis on visuals and music. Some of ThatGameCompany's other projects include flOw and Flower.