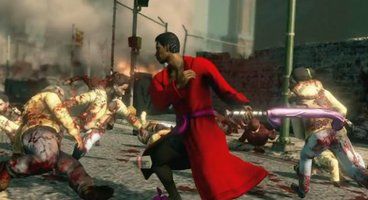 Saints Row: The Third sold 4M units worldwide since it's release, but Jason Rubin, the president of the financially ailing publisher THQ thinks that it is "embarrassing" that the game didn't sell like The Elder Scrolls V: Skyrim or Red Dead Redemption.

Rubin used the term "embarrassing" in an telling way, stating, “Why couldn’t that (Saints Row:The Third) be a Red Dead Redemption or a Skyrim? I look at that title and I say, ‘Who cares what it is and why it got to be what it is? From that team we can make something that isn’t embarrassing.”

“It works for South Park, but I’m not sure it does elsewhere,” Rubin stated, then promised “I don’t think (Volition) chose to do what they did because they had all of the options available to them. It was the environment at the time. I know I can change that.”

Rubin's current plan for a struggling THQ is to concentrate on “a small slate of titles and making sure we have the money to back them so the developers don’t have to rush," then added, "I really don’t care how we got here. This is where we are and I think the company is in a strong position.”