Hell Yeah! Wrath of the Dead Rabbit priced and dated for PC, 360, PS3

09 August 2012 | By Jonah A. Falcon
Sega has announced the release date for developer Arkedo's demonic bunny game Hell Yeah! Wrath of the Dead Rabbit. The game will be hitting North American PlayStation Network on the 25th, North American Xbox Live Arcade on the 26th September, then worldwide on all platforms including PC on the 3rd October.

To celebrate, Arkedo released a new "Pimp It Up" gameplay trailer. Check it out in the video below. 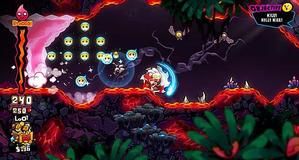