09 October 2012 | By Jonah A. Falcon
The long-awaited English language version of Edna & Harvey: Harvey's New Eyes, will be released on the 16th October. The game had been released in its native German several weeks ago.

The sequel to Edna & Harvey: The Breakout forces on Lilli, a girl who is controlled by a set of commands by the evil asylum warden from whom she escaped in the previous game. "Any angry thoughts, any childlike disobedience is buried deep beneath a seemingly impenetrable surface of sweetness," thanks to the subliminal commands.

However, when Lilli's friend Edna disappears, she is embroiled in yet another adventure, as she fights her programming to find Edna. 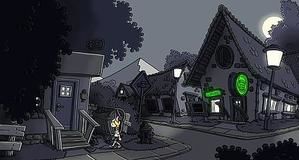