09 October 2012 | By Marco Fiori
Valve doesn’t want you to go to the toilet. Neither does it like the idea of you running downstairs for a drink. How about a change of scenery? Denied. Maybe a ten minute break to stretch your legs? No.

Anyone now playing Classic Competitive (i.e. Counter-Strike in its most enjoyable form (CS)) will find themselves tied to the server they’re in until the match is over. No leaving for a new map; no jumping into another friend’s game. You’re stuck; committed; chained up for thirty rounds with no escape. 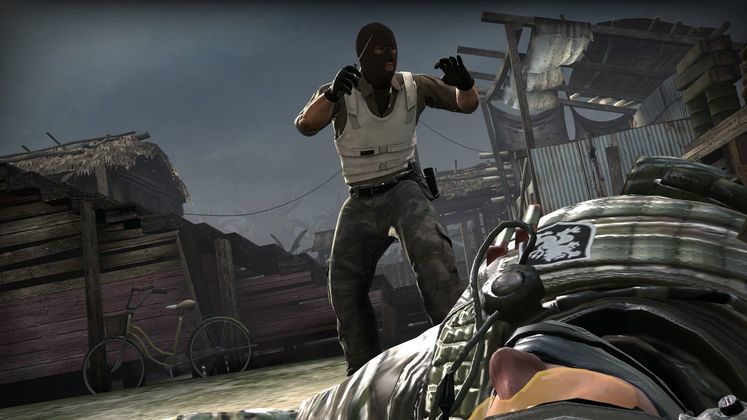 If you do decide to defy the Global Offensive gods, you’re banned for thirty minutes. The very prospect of this is ludicrous. As a hardcore CS player, I’m prone to ignoring Casual, Arms Race and Demolition. Five on five matches are where it’s at; or at least was.

Counter-Strike has always been about tactical efficiency, twitch aiming and de_dust2. It seemed nothing had changed (and rightfully so) with Global Offensive; in other words, the flagship e-sports shooter was back and better than ever.

Sure, its initial release seemed a tad bare, but Valve’s pedigree for creating free content, or at least in CS: GO’s case, recreating old content with balancing, would surely come good in the end?

When Global Offensive’s developers announced an update was already on the horizon, the community rightfully got excited. It included the promise that they would be fixing matchmaking. CS: GO needed it. In the past, you couldn’t choose which map you lobbied into nor was there any ability to avoid bot-ridden servers.

Having spent time with the latest update I can safely say a huge mistake has been made.

Fire in the Hole

The thinking behind the change is that if you want to drop in and out of games, play Casual. Competitive is for the big-boys. You must commit to the full match. Leaving a match, for whatever reason, is a cardinal sin and you’ll be banned from future matchmaking for thirty minutes.

What happens is (due to an inadequate skill-matching system) you’ll get thrown together with nine other people (having waited a minute upwards for a game), often against a full team of five (i.e. those who are well versed in tactics) and play happily across the next thirty rounds.

In fact, that’s a pipedream – an unattainable possibility. What really happens is your opponents or teammates leave due to skill deficiencies, errands to run, toilets to be used or a simple desire to play with friends.

No; your friends can’t join your match after it’s begun and neither can you drop out mid-match to play with them because you’ll be given the early-leaving penalty.

See the paradox? Not everyone who plays Competitive is in a clan. I regularly play with a group of people, all with different lives / schedules. Previously we’d play together, drop in and out when necessary and moan that we’re stuck playing de_train all the time.

Now we can only play together at a set time, albeit on the map we want to play, against a group of bots as players regularly leave. It seems like Valve have, in an effort to rid the game of bot servers, trapped you in the very hell you were trying to avoid.

The changes do mean you get put up against others who want to play seriously, but that was already happening. What you’re given now is a group of nine people who either stay for the long-run or abandon you to play something else. It sadly seems it’s the latter rather than former.

The thinking behind this change is obvious, but its execution is extremely rubbish. More often than not you’re stuck against a clan of high skill players looking for a serious match. For them, they’re bored. For you, you’re trapped or facing a break of thirty minutes.

It’s hard to say much more about the failures in the system and I wouldn’t be surprised if Valve quickly change it. The company has a habit of altering things, failing quickly and then rectifying even quicker.

Hopefully this is the case with match-make-gate.

It’s a shame because the new map, de_vertigo, is genuinely fun. The two-level skyscraper leans towards a Counter Terrorist imbalance, but overall it offers new tactics for established players. CT’s spawn on the upper level and have the option of quickly watching each bomb sites’ entry points. Both are clear chokepoints, but due to the split distance, a full team of Terrorists can easily break through.

There’s also a central access ladder only reachable through boosting. In other words, a team of Ts can sneak in-between the CT team to reach bombsite A, but with one man is left behind. It offers a clandestine option, but also, a quick entry point for a counter-rushing CT team.

Also fairly enjoyable is the fact it’s an under-construction building which means plenty of hilarity as ragdolls fly off the edge and hapless players attempt to imitate birds. It’s a unique map and one that’s welcome to the roster.

Accompanying it is a new Arms Race map – Monastery. Arms Race is still a questionable mode since it’s lost a lot of Gun Game’s sheen, but it does prove popular with a different audience. A new map certainly adds something new to the mix and it’s an interesting sidestep to play when you’re nursing your ban.

Its early days for Counter-Strike: Global Offensive’s first update, but it seems misplaced to attempt to drastically change the most important component of the game so early into its life. With CS: Source, people learned to love the radar’s change, but this is different. It alters the very fabric of your playing and makes you think twice about committing to any match. 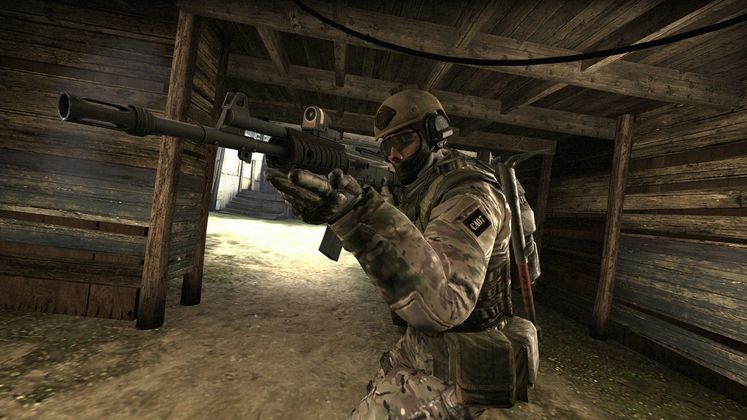 If the developers are reading, at least include the option to vote ‘end-match’ if you’re stuck in an empty server – that’s one fix that can be included straightaway while the more important changes are considered. Hopefully this will prove an ugly blemish on an otherwise fantastic game with the promise to reach the heights of its father and father’s father before that.