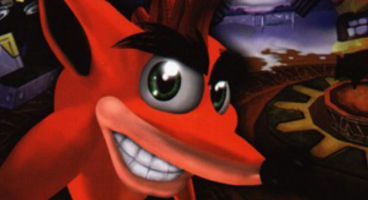 A notable character of mischief is missing from the PlayStation All-Stars Battle Royale from developer SuperBot Entertainment. Crash of Crash Bandicoot fame isn't in the line-up.

This isn't for lack of love for Crash. The studio knows the fans want him, but the trouble lies with IP ownership. SuperBot "very interested" in Crash making the cut but a deal has to be brokered.

"We obviously know at SuperBot and at Sony how important various characters are to the game, Crash Bandicoot in particular. We got this question at San Diego Comic Con and my president, Chan Park, gave a very good answer: ‘It takes two to tangle’. We know the fans want Crash. We want Crash. Crash is not owned by Sony," Kendall said.

"So it is a negotiation between Sony and the IP holders for all of the characters that exist in the game. We’re very interested in making that happen but it’s not for free. I do want the fans out there to know that obviously we recognized the interest in Crash and characters like Crash."

Should the fans be interested enough in more All-Stars after the game has launched then they might consider adding additional brawlers to the roster. "If there’s enough fan interest post-launch, we definitely want to support the game with DLC. Absolutely," concluded Kendall in an interview with GameSpot.