Remedy will "certainly continue" with Alan Wake, 'things in motion' 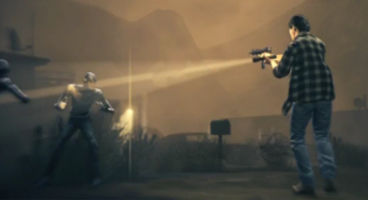 Alan Wake has more adventures to come as Remedy Entertainment, creator of Max Payne, has said there's already motion on the next. Focusing on PC right now.

Remedy are "crowd pleasers," said CEO Matias Myllyrinne. Smaller digital chunks of game let them react to "people's desires and wishes" faster. It's "too early to talk" about the next step.

PC gamers are set to receive Alan Wake after a good long no-show as it debuted on Xbox 360. Now XBLA is due Alan Wake's American Nightmare, a digital add-on exploring more horror.

"We're crowd pleasers, we'll do what the audience wants, 'cause usually that's the good business move as well," said Remedy boss Matias Myllyrinne. Bringing Alan Wake to PC was certainly a move in that direction.

What's next for Alan Wake? "Hopefully, we'll have one or two surprises."

"I don't know, I'm loving the digital side and we'll see how that evolves, but just being able to give people quick access to bite-size chunks of gaming is maybe more fun than working for years and years - taking the phone offline and closing the shutters - at least, this way, you're able to react much more quickly to people's desires and wishes."

"We'll certainly continue with Wake. Right now we're focusing on getting the PC out next week, then getting American Nightmare out. And it's too early to talk about what our next move is, but we've obviously put things into motion."