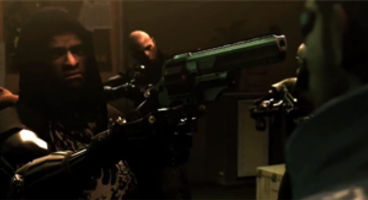 Stephane D'Astous, boss of Eidos Montreal, argues that because games are "less based on one or two mechanics" these days, they're "more sophisticated" and so reduce the need for new IP.

Reviving old classics like Deus Ex and Thief was "almost like a new IP, certainly in the effort." The general feeling "three, four years ago" was to spit out a few new IPs a year.

Today's games like to branch into a bit of everything and so aren't pigeon holed into certain gameplay stereotypes. You can get your fix from less games because they offer more in variety.

The "buzzword" when D'Astous worked at EA "three, four years ago, is a 'we need to spit out three new IPs per year' kind of thing. It was a buzzword," recalled the Eidos Montreal head.

"In our case, maybe we haven't produced new IPs, but a major relaunch of a title like Deus Ex and Thief, we considered it almost like a new IP, certainly in the effort," he added. "So we bring back something from the cult classics."

Deus Ex: Human Revolution dusted off the decade old IP and was critically well received. "This is maybe not considered new IP, but it brings a new flavor," he says. "Games are more and more sophisticated; it's less based on one or two mechanics. I think this replaces the necessity of having new IPs."

Fewer publishers are making noise about pursuing new IP as much as they used to, and the industry is seeing a huge rise in franchise investment like Call of Duty, Halo, Gears of War, Assassin's Creed and Mass Effect.

"Innovation and ideas are important, but if you're able to bring forward an existing IP to bring new types of experiences, I think people will buy them, because they know they can relate to a franchise they've played before," he noted.

Are IP overhauls and dust offs replacing the new property mantra of old? Check out the full interview between Stéphane D'Astous and Gamasutra, discussing the management style behind Deus Ex: Human Revolution.