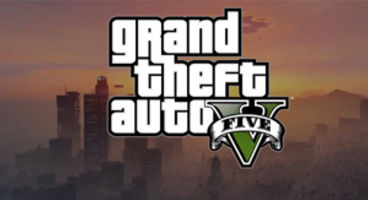 With the delay of 2K Games' BioShock Infinite, the way is clear for Rockstar Games to potentially release Grand Theft Auto V this October, which is a traditional month for their GTA titles.

As BioShock is nudged out of the way, GTA V wouldn't be competing with it. GTA IV was delayed into April '08 "due to bugs in the PS3 version," but others have hit October.

It's been very quiet on the Grand Theft Auto front from Rockstar but then they're approaching the launch of Max Payne 3 and want fan attention for that. Will PR ramp up after it debuts?

“Although we were confident that both games would sell millions of units when it appeared that they would be released in close proximity, we think that the delay will alleviate any wallet-share concerns and ensure that both games receive the undivided attention of Take-Two’s management and marketing teams, and will ensure that retail support is optimized,” said the note from analyst firm Wedbush Morgan.

Analysts also believe the only way that Take-Two will meet their FY2013 guidance, of which they are in the habit of "providing conservative guidance," is if they release a Grand Theft Auto game. A release of GTA V is expected to clear 18m units with a "20% attach rate to the 2012 year-end installed base of PS3 and Xbox 360 in the US and Europe.”

How long before we could hope to hear of a release window for GTA V? As early as May 22nd say the analysts, which is when they provide their Q4 fiscal 2012 results, or during E3 in early June. "If there is no update on either date, we believe it is unlikely that GTA V will launch this calendar year,” they continued.