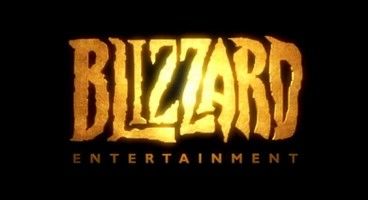 Blizzard has backed off the apparent confirmation of Diablo III for console systems. The publisher is now stating that Josh Mosqueira is not actually the lead designer for a console version of the action-RPG in development, but merely exploring the possibility of a console version.

The initial assumption of confirmation came when Michah Whiple tweeted "Yup. Josh Mosqueira is lead designer for the Diablo console project" when asked if Blizzard was working on a console version of Diablo III.

In an official statement by Blizzard, the publisher cautioned, "Bashiok's (Whiple's Twitter name) response on Twitter was intended as a confirmation that we're actively exploring the possibility of developing a console version of Diablo 3, as we've mentioned in the past. This is not a confirmation that Diablo 3 is coming to any console platform."

"Our focus right now is on finishing the PC/Mac version of Diablo 3 and making sure it's a worthwhile successor to the Diablo series," the statement concluded.

Whiple himself clarified his statement on Twitter, tweeting, "Yup wasn't meant to be an announcement. We're still exploring a console version, but more importantly working on the PC/Mac version."

Blizzard has expressed serious desire to make Diablo III for consoles, however. Back in November, Diablo III director Jay Wilson stated regarding Blizzard's exploration of a console version of the game, "I understand why they don't believe us because we've tried this before. We've also never invested in it to the degree that we are doing now, and we've never had a product we felt was appropriate for it."

He then added that they "don't want to port it. We want to build it for console. There's a key difference. Certainly, a lot of things get brought over, but a port is trying to take a PC game and graft it onto a console. Our goal is to make a game that feels like it's natively made for a console."

Diablo III is due to be released on PC sometime in 2012.