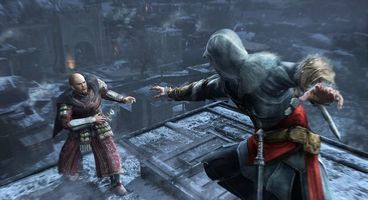 Amancio worked as the art director on 2008 FPS Far Cry 2, before moving on as creative director for Assassin's Creed: Revelations. His latest venture will see him working as a chief creative officer at Cossette - a Quebec-based marketing company.

"Video games and advertising have many common elements. In both industries, we are always looking for new ways to engage the consumer to the brand," said Amancio "In addition, like advertising, the video game industry must now take into account and supply a very important social dimension in its development and strategies. The game is no longer just a game, it's a community, relations between players, and the brand."

It shouldn't be too long before we start hearing more about Assassin's Creed 3, which will probably be released for the Xbox 360 and PlayStation 3 at the end of the year in November.