12 January 2012 | By Jonah A. Falcon
Epic Games has announced that a new update is live for Gears of War 3. The biggest change by the update fixes two serious multiplayer exploits. On the Mercy map, players were able to shoot from a concealed position near the Sanctuary bells using the iron-sights/scope with the Hammerburst and Longshot. The Drydock exploit using the OneShot was fixed as well. 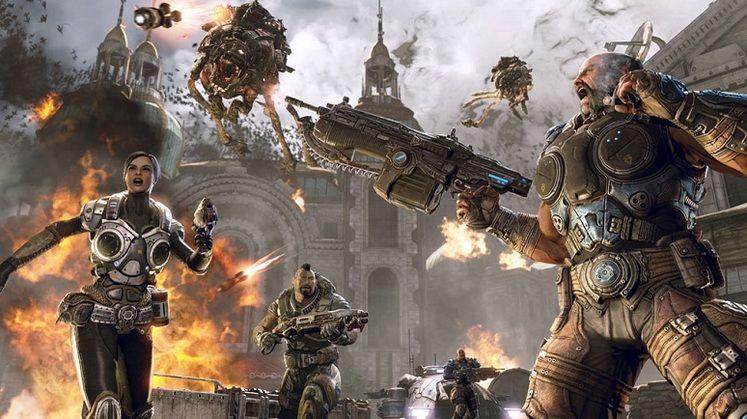 The full list of fixes and improvements are in the following changelog:

* All unlockable and non-purchasable characters are unlocked for System Link play. Online play still limits players to characters that they have unlocked or have purchased through DLC.

* “Classic” stalemates are now enabled on the Execution and Warzone playlist. An option exists in private Execution to disable classic stalemates and re-enable the man-up rule.

* The ghost camera can be raised and lowered using the Xbox controller d-pad.

* “Must Active Reload” mutator has been made more restrictive. Issues with the Torque Bow and OneShot have been fixed.

* Holding the “Y” button before being in range of a DBNO player and then walking into activation range will start the execution sequence. This is similar to holding “X” to queue up a weapon pickup sequence when walking into range of a dropped weapon.

* Fixed the OneShot exploit on Drydock. Players will be pulled out of the OneShot mounted pose when in certain positions.

* A second player signing in on the loading screen before entering the pre-game lobby will no longer cause profile issues.

* The map cycle in QuickMatch is now randomly ordered.

* DLC that is not owned by the current player will no longer stop the player from using DLC they do own.

* Horde will no longer use the Versus weapon swaps. Horde players will have Hammer of Dawn and Mortar spawns on Overpass again.

* Fixed the lens flare on a scoped Longshot not appearing for a player facing left.

* Xbox system notifications have been moved out of the way of kill messages in competitive multiplayer. They now show up in the top center of the screen.