Levine: Talking of BioShock Infinite with Move is like "talking about music" 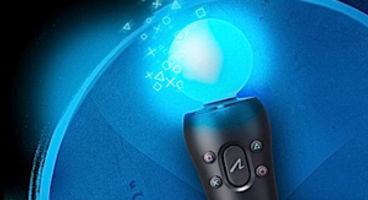 The reason behind Irrational Games not blabbing about PlayStation Move support with BioShock Infinite is because it's "hard to do," says Ken Levine. It has to be shown to be 'got'.

The studio has to "put the thing in somebody's hand" and ask how it feels, which they'll do "at some point." The BioShock creator concludes the "proof's going to be in the pudding."

The goal of using PS Move is to "break down barriers of interface" he poses, and they're constantly exploring if it does. Move is a bonus to PS3 gamers.

Also the Blu-ray release of BioShock Infinite will include a copy of the original 2007 release which started it all. Until the public get a showing of PlayStation Move in action with Infinite it's unlikely the developer will be discussing it at length.

"Talking about Move support is like talking about music," Levine explained. "It's hard to do."

"You've got to put the thing in somebody's hand and say, 'here's our Move support. How does it feel to you?'"

"We're definitely going to be doing that at some point. But it's hard to talk about because it's like, 'hey, does it feel good? Does it feel right? Does it break down barriers of interface for you?'" he continued.

"That's the goal of Move, right? It's to make you forget you're playing with a controller. It's to make that much more transparent. The proof's going to be in the pudding." Are you a motion control gamer? Nintendo Wii blasted the spotlight on the waggle stick making it mainstream, but is it actually 'more immersive' than standard pads?