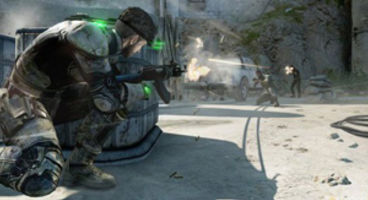 Ubisoft creative director Maxime Beland reveals that Blacklist takes place just 6 months after Splinter Cell: Conviction's storyline, and that the team will build upon its successes.

They have carefully scrutinized reviews of Conviction so they can gather a consensus on what did and didn't work - it's a "sweet and sour" experience said Beland. Blacklist arrives March 2013.

The creative director admits he and another producer were "brought in because it wasn't going well," referring to Conviction's creation. Despite this trouble it retailed well.

"We changed the direction and kind of shipped the game in two years. So Conviction is very sweet and sour for me," Maxime Beland told Joystiq in an interview. He and his team went through over 80 reviews to gauge what was liked and what was loathed in general, and from there they started to build Blacklist.

The creative director called Conviction a "stepping stone," with fans reacting quite well to its more action-orientated gameplay over its more stealth compulsory past. The Ubisoft boss describes what player profiles his team have formulated and then built Blacklists gameplay around.

"We have these three player profiles, player archetypes in our heads," he says. "We have the ghost player, that doesn't want to kill or get detected. We've got our action/tank/killer player on the other end of the spectrum, that just wants to throw frag grenades, blind fire, shoot people in the head. And then in the middle, we have what we call the panther."

The panther profile is what he calls "clean, tactical" execution where the player doesn't fully utilise stealth but rather a well-oiled and quiet traversal. "So we're building the game with those three archetypes in mind."

"The game takes place about six months after Conviction," he continued.

"We're making a much bigger singleplayer story, co-op, spies vs mercs," Béland promises. "And blurring the lines between all of these modes, I think, is going to make this a huge game." Splinter Cell: Blacklist releases on Xbox 360, PS3 and PC March 2013. Not long ago Ubisoft released a ghost playthrough of their E3 revealed gameplay.