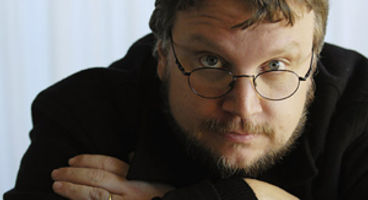 Director Guillermo del Toro is "not giving up" on his Insane development plans despite publisher THQ dropping the project. He's making sure there's dialogue to get it moving again but with whom?

His 'dream team' for the job would be Valve, revealed del Toro. He's a big fan of the Half-Life creator, and even promises GLaDOS' Ellen McClain will be voicing the AI in his next film.

"The game was cut months ago, and now we are talking to developers," Guillermo del Toro told Kotaku whilst at the New York Comic-Con. His new flick is sci-fi Pacific Rim.

"When something doesn't happen in one way, I just continue to pursue it in another way. I'm not giving up on Insane, it's truly beautiful," continued the movie director. Could Valve ever be convinced to fall in love with Insane? Perhaps GLaDOS could pursue it in the interests of science. THQ's Volition was working on the now canned project.