Defiance's TV show and game "stand up on their own," don't 'need' one another 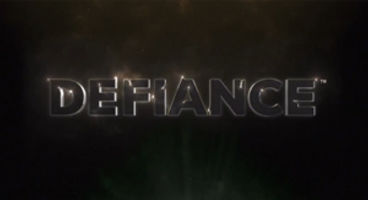 In our interview with Nathan Richardson, Executive Producer for Trion Worlds' Defiance, we're told that you won't need to bounce yourself between the online game world and the SyFy TV show.

It's a third-person shooter in a large open-world that's "very story-driven" through solo and co-op missions. You don't lose anything but there's "added experience if you do both" the game and TV.

The crazy idea behind Trion Worlds' trans-media project is that the game and TV show will feed one another events. The game launches weeks ahead of the SyFy series.

"No, absolutely not," Richardson tells us when asked if the game's sole purpose is to link to the TV series. "A long time ago, Trion wanted to try and come up with a Trans-media project. So they partnered up with SyFy, and the two came together and developed the initial Defiance concept. It fits well with doing this kind of experience – TV show and game."

"So if something happens in the game, it is then crossed over to the TV show and visa-versa, but it’s explained contextually on both sides. There’s that connection there but they still both continue on their own. I mean the TV show in terms of budget and resources it’s bigger than Battlestar Galactica." Defiance also has a lot of BSG guys on board.

What's the timeframe for when they start affecting each other? "The story and missions that are already in the game lead up to the pilot of the show, and then the TV show will start altering various elements of the game," explained Richardson. "It’s important that the TV show airs at the same time globally as well." Yes, let's avoid spoilers.

Trion will be operating one "single-super shard per platform, per territory." That means a North American shard for PlayStation 3, "...we’re talking about true MMO levels here," he added. Sadly there's no cross-platform action going on as, while "technically possible" to achieve, Microsoft and Sony deny such a land of online milk and honey.

Richardson "wouldn’t call Defiance a full MMO because I feel MMO’s have much broader feature sets – there’s not a complex crafting system, for example, there’s not a housing system." Instead the studio is "taking the shooter route, which is unusual for an MMO, and we’ve streamlined it that very much fits in with a console audience."

"That’s why it’s closer to an ‘open-world’ game as opposed to specifically a MMO."

Check out our full interview with executive producer Nathan Richardson as we discuss Defiance, and don't be shy to follow it up with a look at our preview of this third-person, open-world online shooter.