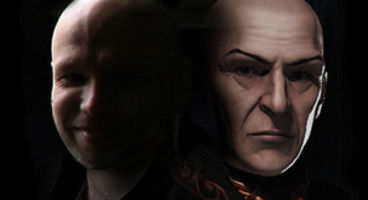 A US official in Libya killed by an armed mob in Benghazi was named as Sean 'Vile Rat' Smith, who was elected to the 6th Council of Stellar Management, a player-run body for EVE Online.

Fellow councillors and friends have paid tribute to Vile Rat, remarking he made EVE's world "much more dangerous" to live in while simultaneously making the real world "that much safer".

Developer CCP acknowledge their team are "overwhelmingly saddened" by the death of Sean Smith, whom they knew "professionally and personally".

"By now, many of you will have heard that one of our own was killed on the night of September 11th in a senseless assault on a consulate in Benghazi, Libya. Sean Smith was known in game as Vile Rat (or VR for short), and was the longtime chief diplomat of Goonswarm," wrote Mark 'Seleene' Heard. "Sean was a friend of mine, not as close as I would have liked had we had more time, but someone I am proud to have been given the opportunity to get to know."

"There are those who would say, “He was a Goon. Goons are the bad guys.” To these players I ask - “How many Goons have you known personally?” While I think the Goons have always enjoyed their role as a 'rogue element' in EVE, I'd say that all of longest living alliances have a similar mixed reputation. There are no 'good guys' or 'bad guys' in the moral landscape of New Eden, just many shades of grey."

Heard continued: "Sean Smith was a veteran of the United States Air Force and joined the State Department 10 years ago. In that time he held posts in Baghdad, Pretoria, Montreal and The Hague. What I liked about Sean was that he was fellow government employee and I enjoyed talking to him about his own 'adventures' in the real world."

"After years of talking together online, I finally got to meet Sean in person when he was elected to the 6th Council of Stellar Management and we all traveled to our first Summit in Iceland. He was a genuinely warm and funny guy. In CSM meetings or discussions, Sean was passionate about his positions, and even if you disagreed with him, articulate enough to present his arguments in a way that invited further discussion."

They describe the moment they lost contact with Vile Rat over Jabber.

"My first thought was, "Oh, hell, he's in another one of those places." I hoped that I would soon get word back that he was okay and we were all stupid for worrying. What worried me though was that Alex (The Mittani) was worried, and the more I started F5'ing different news feeds the less certain I was that I'd get to speak to him again," he said.

Sean Smith left a legacy to the EVE community, Heard says. "If I had to name Sean’s greatest contribution to EVE I would sum it up in one word: CONTENT. EVE doesn't rely on pre-written story lines to give color and richness to the universe. EVE's story is a narrative birthed and dragged forward kicking and screaming by the players."

"The player-driven saga of EVE has seen time and time again how the fortunes of tens of thousands of people can turn on the words of a few, or even just a single player. Sean was one such player and over the years he directly or indirectly touched and influenced the lives of countless people."

"EVE's community is well known for being a dark and cut throat place but as a whole, I believe everyone realizes that real life takes priority over anything in the virtual world. I have seen very few negative or disrespectful comments in the wake of Sean's passing. It's impossible for us to not relate to this tragedy. Even to those that did not know him personally, Sean was "one of us"."

"Sean made the world we all play in much more dangerous while simultaneously making the world we all live in that much safer. I already fear the real world ramifications that may come as a result of Sean's death."

Check out the full tribute to Sean Smith on the official EVE Online website.