Ubisoft "thrilled and kind of amused" of leaked 2012 line-up, it's "inaccurate" 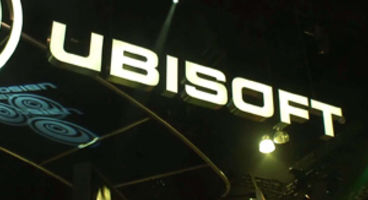 2012 will see Assassin's Creed 3, Splinter Cell: Retribution, a new Brothers in Arms, Prince of Persia and Just Dance? Probably not as the alleged 'leaked schedule' is "inaccurate."

It shows gamers are "anxious to hear about" Ubisoft's line-up, and they're "thrilled and kind of amused" by it all. Sadly it's not true but we'll hear "directly" from Ubisoft soon for fiscal 2012-13.

Assassin's Creed 3 is rumoured to star a new protagonist and be set during the American Revolution. It will supposedly be shown to the public before March 31st.

"We're thrilled and kind of amused to see this line-up news. It shows that players are anxious to hear about Ubisoft's upcoming releases. This reported line-up is inaccurate," stated Ubisoft. "We guarantee you that you'll hear directly from us soon about the amazing variety of games Ubisoft has slated for fiscal year 2012-13."

What titles do you hope Ubisoft release this year? Want more Sam Fisher?