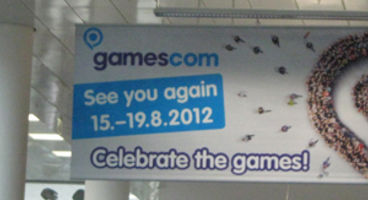 While Microsoft maybe snubbing this August's gamescom event in Cologne, Germany, publisher EA describes it as something more vital for the games industry; it shouldn't be missed.

SVP Jens Uwe Intat of EA European publishing says they've got "new content and services" for the late summer show. Franchises in attendance will be Crysis 3, Medal of Honor, SimCity and more.

Microsoft said they'll be missing both gamescom and the Tokyo Game Show as they'll leave it to "publishing partners" to make noise over their products.

EA meanwhile is eager for Germany's gamescom because of its attraction. “The show is truly unique in its capacity to draw both industry and consumers to a showcase of the year’s hottest entertainment offerings and we’re looking forward to being there in force again in 2012," said EA's Jens Uwe Intat.

FIFA 13, Medal of Honor Warfighter, Need for Speed: Most Wanted, Crysis 3, SimCity and other titles will be on show from EA. The gamescom event takes place August 15-19 in Cologne, Germany. EA hold their press event August 14th. If it hasn't already released then perhaps we'll see get a peek at Mass Effect 3's Extended Cut DLC ending?