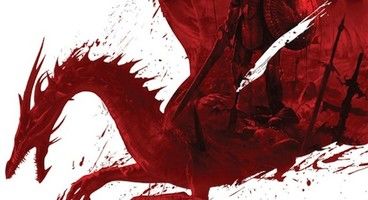 Bioware executive producer Mark Darrah has officially announced Dragon Age III: Inquisition in an unusual way - in an open letter to fans reassuing them that the game would be more fan friendly.

Darrah is not a new face at BioWare, as many veteran gamers know. The producer had been a part of BioWare since 1997 as an AI and combat programmer for Baldur's Gate, as well as the lead programmer of the rest of the Baldur's Gate expansions and sequels. He also worked on Jade Empire and the first Neverwinter Nights.

He was also the executive producer of the first Dragon Age, assigned just after the game launched. Darrah claims that his team has listened to the fans feedback and they've "visited message boards, read reviews, and we've gone to events to have direct face to face conversations with some of our most passionate fans. We've been listening, and we will continue to listen."

Darrah does make the following bullet-list of what the game will be, including the confirmation of the subtitle "Inquisition".

* The next game will be called Dragon Age III: Inquisition.

* We won't be talking about the story of the game today. Though you can make some guesses from the title.

* This game is being made by a lot of the same team that has been working on Dragon Age since Dragon Age: Origins. It's composed of both experienced BioWare veterans and talented new developers.

* We are working on a new engine which we believe will allow us to deliver a more expansive world, better visuals, more reactivity to player choices, and more customization. At PAX East, we talked about armor and followers… Yeah, that kind of customization. We've started with Frostbite 2 from DICE as a foundation to accomplish this.

It will be interesting to see what Dragon Age III looks like with the Frostbite 2 engine.