18 March 2012 | By Jonah A. Falcon
Gearbox Software is promising PC gamers that the PC version of Borderlands 2 won't be a console port, and will be filled chock full of PC-specific features such as a PC specific user interface, remappable keyboard controls, offline LAN support, and integrated VSYNC options, among other things.

However, the way Gearbox is promising it is in a uniquely goof - but sweet - way: a love letter from series mascot Claptrap, who flirts, "I WANT you, baby. I want you BAD." 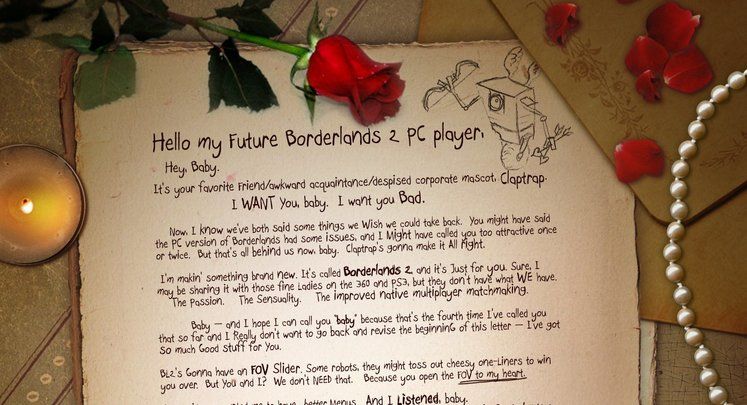 As for the unique PC features, the letter rattles them off as a bullet-point feature list at the very end:

Borderlands 2 is due to be released on the 18th September in North America, 21st September in Europe, for PC, Xbox 360 and PlayStation 3.