World of Warcraft texture files give rise to 'World of MapCraft' 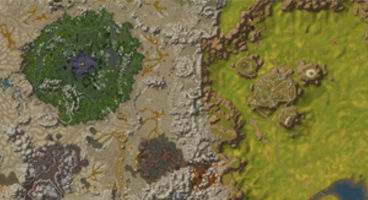 Co-founder Cal Henderson of Glitch developer Tiny Speck has gone and used World of Warcraft's own texture files to literally map out the entire game world like in Google Maps.

It's been dubbed 'World of MapCraft' and features slippy maps. It includes everything like Outland, dungeons and battlegrounds too. It even supports 'classic' versions.

Did you know Ragefire Chasm is internally referred to as Ogrimmar Lava Dungeon by the game? Henderson has blogged his journey in getting 'World of MapCraft' up and running.

All the changes made to World of Warcraft through its expansions are also applied via the texture files, and you can even take a peek at what classic areas of the game looked like before Blizzard overhauled them. Check out the ambitious World of MapCraft project for yourself and geek out. The detail is obviously stunning.