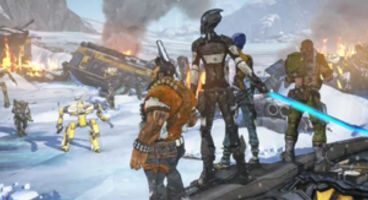 Our Russian gaming brethren have come to realise some depressing news with the arrival of Gearbox Software's Borderlands 2; it's region-locked. This means no fun with EU or US.

Russia, Commonwealth of Independent States, Ukraine, Lithuania and Estonia are all locked out of gaming with Europe and North America. More serious is the nature of DLC compatibility?

Russian owners of Borderlands 2 are rightly concerned that their Season Pass for DLC might have been a waste of money as Russian users can't activate it.

Unfortunately the official response from the publisher isn't all that reassuring. They acknowledge that the digital distribution pages for Borderlands 2 contained "incorrect information regarding the language and cross territory compatibility support." The best form of hope they offer Russian fans is the possibility of a future update supporting more languages.

"2K Games and 1C are aware that digital distribution pages for the Russian, CIS and Baltic states versions of Borderlands 2 contained incorrect information regarding the language and cross territory compatibility support. We apologize that this information was incorrect during the pre-sale and pre-order period for these territories," said the company.

"We are working with our partners to update those pages, and offer any customers who pre-ordered or pre-purchased the game the opportunity to cancel their order and receive a refund."

"Additionally, we are working with our product development teams to investigate potential support for additional languages and options for our customers in these territories. While this was and is not possible for launch, we will provide an update this week on our progress."

The troubling issue for the region-locked Russian copies surfaced via Reddit. Borderlands 2 releases on Xbox 360, PS3 and PC this week in the US and EU. Hopefully Russian gamers won't be left out in the cold DLC wise at least.