18 October 2012 | By Jonah A. Falcon
Turn 10 Studios has announced that the first major downloadable content for Forza Horizon will be arriving on the 18th December, called the "Rally Expansion Pack". The DLC, which would normally cost 1600 Microsoft Points on its own, will be a part of the Forza Horizon Season Pass. 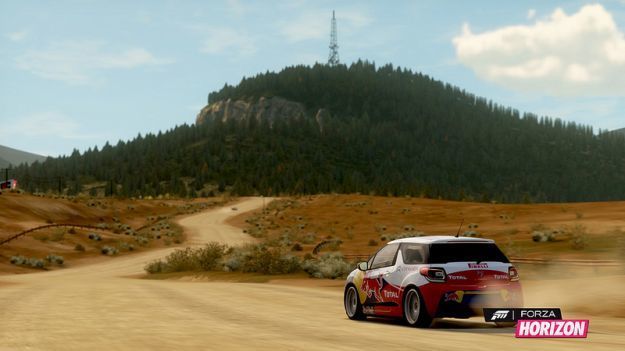 The Season Pass will include six monthly Car Packs that will cost 400 Microsoft Points on their own. The Month One Car Pack will be released on the 23rd October (when Forza Horizon is launched) and include the following rides:

· 2012 Ferrari 599XX Evoluzione -- It's notable that Ferrari considers itself a racing team first and automaker second. Leaving no gaps in the realm of elite performance, the XX line was created to bridge between Formula One and production cars. The Evoluzione has only 30 more horsepower than the previous 599XX but is a full second faster on Ferrari's exclusive Fiorano test track.

· 2012 Lamborghini Aventador J -- Sparing no expense, and designed in a total of six weeks for its one prospective customer, Lamborghini created the open-air Aventador J. In its cockpit you won't find any climate control-for obvious reasons-or navigation; they would simply add weight. Powered by the standard Aventador's 700 horsepower 6.5-liter V12, the roofless-and ruthless--J can easily achieve speeds north of 180 mph.

· 2012 Alfa Romeo 8C Spider -- In the tradition of the open-air Giulietta of the 1950's, but with all the performance and technology of the 8C Competizione Coupe, the 8C Spider is as graceful as you'd expect from an Alfa. It is also ready to pounce given a little motivation. Its body lines are supple; its interior boasts exposed carbon fiber and aluminum.

· 2012 Ford Mustang Boss 302 -- Revamping a classic car to match its predecessor is a difficult trick in the car business. The 2012 Mustang Boss 302 does so in every way and then some. Pure fun mixed with nostalgia doesn't get much better than this.

· 1957 Chevrolet Bel Air -- Before the terms "stanced" or "tuner" were even a thought in the mind of any car enthusiast, there was the '57 Chevy. The Bel Air was the most upscale of the bodies sporting the most chrome and a golden grill. Whether you keep it classic, flourish it in flames, or drop in a big block, it will always get looks.

In addition, Season Pass holders will get five bonus cars as well that will not be available for purchase via DLC.

Forza Horizon is due to be released next week on the 23rd October for Xbox 360.