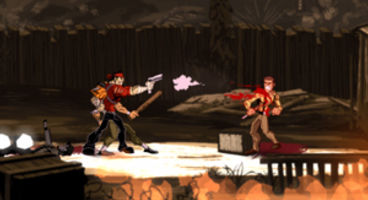 Klei Entertainment has developed Shank 2 for PC, Xbox Live Arcade and the PlayStation Network, and it will be published via EA - no surprise. The ex-mobster hitman returns to 2D brawler glory.

An all-new Survival Mode has been added where "gamers can team up with a friend" online or locally to take on hordes of foes. PC fans get it a day ahead of the console crowd.

"Klei has evolved the combat experience with precise controls, new weapons, smarter enemies, and more advanced combo techniques, all set to the backdrop of beautiful 2D art and animation."

"Players can put Shank’s trusty arsenal of handguns, chainsaws, grenades, plus all-new weapons to use in order to protect those close to him," continued the EA press release.

"Introducing an all-new Survival Mode, gamers can team up with a friend online or locally, working together to take down hordes of goons in an action-packed, arcade-style brawl." 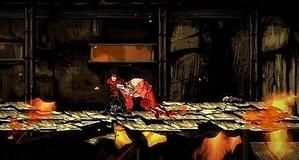