SWTOR Game Director: it's not "super easy" to convert from subscription to free to play 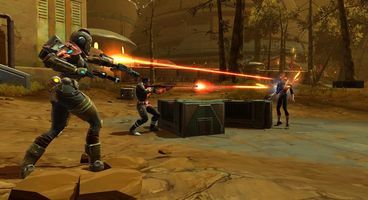 In an interview with PC Gamer, he acknowledged the difficulty of converting titles such as SWTOR from a subscription set-up to the popular free to play style. Despite this, Ohlen believes it can work for other games.

"I think it can work for different games. It really depends on how you go with your game. Games that have been built to be free-to-play from the start definitely work out. Now, there have been games that weren’t free to play from the start and transferred over to becoming free to play that have worked as well. But it’s definitely not something that's super easy to do."

Although it is far too early for SWTOR to become free to play, the future could be based on enticing consumers in without the need to spend.