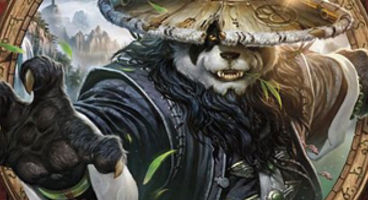 World of Warcraft's second expansion the Wrath of the Lich King introduced phasing to the MMO community, where an area of the game world altered to reflect major story elements.

While it helped to make Azeroth feel more immersive, it also cut players off from one another. Mists of Pandaria will have less phasing, and keeps everyone in sight.

Blizzard refer to phasing as a "story sledgehammer," said lead quest designer David Kosak. It's something they want to utilised sparingly, but regardless players won't be isolated anymore.

"As I instruct my team, phasing is like a story sledgehammer," Kosak told GameSpy in an interview. "It's the big gun. We want to avoid it as much as possible. There's still phasing in Mists of Pandaria for major story moments, but it'll be very obvious that you've been phased."

Even phased players can now see others despite the experience of occupying two different environments. This isn't entirely new to Mists of Pandaria. "We did a little bit of that in patch 4.2 with the Firelands," he explained. "We really want to keep that, moving forward. Being in an MMO, you want to be with other people."

Another lesson learnt by the Blizzard questing team is that the old days of vanilla World of Warcraft are long since passed with a huge decline in interest to dedicate long stretches of time trying to put a group together for tackling a quest. Mists of Pandaria jettisons group quests to ensure a steady pace for gamers.

"People have less patience these days," he continued.

"The biggest problem with group quests way back in the days of vanilla WoW was the process of actually getting people together. It took a long time. It was a shame, especially if it was part of your quest progression, to just hit this brick wall where you need to find some other people, and if fewer people are in the zone it's even harder."

Blizzard will continue to refine the group finding tools from Wrath of the Lich King, and the new expansion includes scenario quests where the traditional trio of tank, healer and DPS aren't necessarily required to achieve success.

"We'll put the group together for you, so you queue in with your friends or we'll find a group for you. You can get in instantly regardless of your class or role, which is cool because it solves that patience problem."

World of Warcraft: Mists of Pandaria releases on PC September 25th. Blizzard will be hosting a live streamed launch event for the latest expansion via the official World of Warcraft YouTube channel.